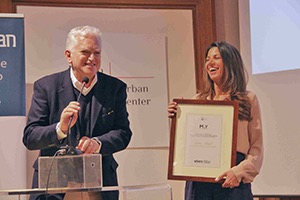 On March 8, 2018, at the Urban Center, Sara Abdel Masih receives from Andrea Jarach the Milanese of the Year award 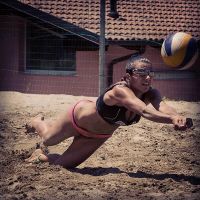 Sara Abdel Masih in action during a beach volley match